Chat with us, powered by LiveChat

Having carried out a full risk assessment and established that we can continue to work without endangering our customers or our staff, we are pleased to announce that in line with the government advice that if you are able to go back to work and unable to work from home, we are now taking bookings for remaps as of Wednesday 13th May 2020.

We trust you will observe the social distancing guidelines, as of course we will be, when arriving to remap your vehicle.

See what our customers say... 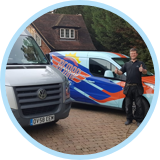 "More torque and an improvement in my fuel economy"

Wow! What can I say? The difference having the blend remap done on my VW Crafter has made is incredible. A stretch of road that I used to have to go up in 2nd gear I can now comfortably go up in 3rd. There is definitely more torque for when I tow and there’s an improvement in my fuel economy to boot. Happy days. "The car now accelerates much smoother"

Having heard about remaps and often thought about it, I spoke to Stuart at remap kings and he explained about the different level of maps he could offer. I chose to have the blend map as he calls it, which is part power and part economy as I do a lot of miles. The remap was carried out professionally and Stuart explained everything that was going on. The car now accelerates much smoother and feels much more responsive, which is good as the town i live in is surrounded by hills. I am looking forward to the weeks ahead to see the fuel savings as well. Would I recommend remap kings?? 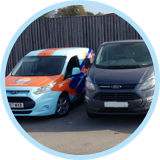 "It is so much more responsive and so much quicker"

I must say after your guys worked their magic the van is just simply amazing, It is so much more responsive and so much quicker. They have managed to make my van feel as powerful if not more powerful than your average car.

Getting this remap done has really put the fun back into driving. I will always get a remap with every vehicle I own from now on as its just simply amazing. I will recommend you to all my friends and family. Thanks once again. 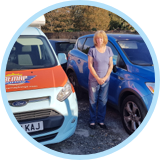 "The performance in my car has improved dramatically"

I decided to look into a remap for my car as the lower gears were sluggish and it wasn’t very economical even for a diesel. I looked at a few companies and decided to go with Remap Kings who put me in touch with their Area Manager Stuart Smith. He was extremely helpful and explained everything clearly, he answered any questions I had and didn’t make me feel that they were silly questions when I asked them (even though I’m sure some of them were!). After talking to Stuart I decided to go for the blend remap – part performance, part economy. All I can say is WOW I love driving my car again.

The performance in my car has improved dramatically, my first three gears are no longer sluggish and my car will now go up hills in a higher gear quite happily. I also gained around 90 miles to a tank of diesel, so it won’t be long before the remap pays for itself. I still don’t get how my car can have improved so much without anything being fitted to it but I would recommend a remap from Remap Kings to anyone. Thank you Stuart and Remap Kings. "I was astonished to see an immediate difference"

Dear Remap Kings
Just a quick review on my 07 plate VW Polo GTI that I had remapped by Remap Kings. The process didn't take very long at all. I was aware of what was going on by looking at the computer screen whilst the process took place.
As soon as it was complete I took the car for a quick test drive so that I could assess the performance of the car - I was astonished to see an immediate difference just by reversing the car and pulling off. I could tell the car felt more pokey and it was easier to pull away. I let the car warm up and then took it down the road, it felt an incredibly smooth and easy drive. I got it up to the national speed limit so I could feel how the car had changed and it felt like I was driving a completely different car! The turbo spooled up quicker, there was more torque in every gear and the car pulled like a train.
I am very, very happy with my new remap and a very happy customer. So much so I would have no hesitation in recommending to all my friends. I’ve already got friends who want to get theirs remapped." "All you need is Remapkings"

When considering a remap of your beloved campervan, it's fair to say that a mobile service may be met with some trepidation.
We had been considering getting a remap for some time however most of the companies we had looked at were in the West Midlands area.
The service Remapkings offers is on your doorstep. They come to your home, work their magic and when they walk away you've got a vehicle with more poke than Pocahontas.
We have a VW 1.9 T5 Transporter camper van which when fully loaded with two large people, two large dogs and probably too much stuff, was a little bit sluggish, particularly uphill.
We opted for the performance option offered, which has now meant increased power of probably around 40%, which in layman's terms, means going uphill no longer poses an issue and there is no detriment to fuel efficiency which is a very nice bonus.
Lee of Remapkings arrived on time, spent approximately the amount of time promised actually doing the job, and was away within about an hour.
Contrary to popular belief, you do not need a rolling road to do a remap. All you need is Remapkings, their technology and their know-how.
I highly recommend the service and feel safe in the knowledge that my precious campervan has been given a new lease of life, without even leaving the drive

Hi Tony
I just want to start by saying thank you for the friendly service I received from yourself when doing the remap to my 2006 Ford Focus ST 225 bhp.
Before I heard about the remaps for the cars you provide at Remap Kings I was thinking of trading the car in for something a little faster (if you know what I mean) but after the service you provided I have fallen in love with the car all over again.
The increase in the horsepower was not what I imagined and blew my mind!
The extra 50 bhp makes the car move a lot faster the extra torque was a big gain up the rev range. The throttle response feels so much smoother, it’s like having a new car.
So, with that in mind, anyone who owns a Focus ST and is looking for a big gain for little money, Remap Kings are the ones. Every time I get in the car turn that key it puts the smile back on my face.
Thanks again." I have such confidence in the quality of Re-Map Kings Maps and equipment that I have Re-mapped my own Audi A6 Allroad 2.7 with a “Blend” map.
The results are superb, more power, smoother gearchange on the auto box and an extra 4mpg! (was 27mpg now 31mpg)
My car feels 5 years younger and so much nicer to drive, I had gotten used to a big flat-spot when pulling away but that has now gone and makes the car even better to drive.
Re-Map kings really are the Kings! Offer ends 31st of July 2020. A non-refundable deposit of £25.00 is required. Booking must be before August 30th 2020. Money is off full priced remaps only. No cash alternative is available.